As I got in my truck at 8:30 p.m. after a late gym workout with Kateen, I noticed a vaguely familiar number in my voice messages on my iPhone. As I listened to the message, I hastened my pace to get home as quick as possible.

Police: This is the dispatcher at the Jamestown police.  There is a small dog loose in front of your house that the neighbor has reported as being yours.

I quickly returned their call:

Me: “Hello this is Brian Reid and I have a message that my dog Lucy has gotten out.”

Police: “Yes, your neighbor contacted us twice, once at 6:30 and again at 7:30.  Apparently she was sitting in the street barking at the cars as they drove around her. Later she was seen in your yard barking at passers by as well as all traffic.”

Me: “I’m on my way”, I said nervously.  “Eddie and Red my two larger dogs must have dug a hole under the fence large enough for Lucy to get out and so she did. Or maybe she directed them to do it. Either way, I’m on my way, thanks for the notice.”

I quickly called the neighbor.

Me: “Hello neighbor, I hear that Lucy got out.”

Neighbor: Yes, she has been sitting in the middle of the road barking at traffic and generally lounging as if she lives there. I called her name and told her to get in her yard and she just “Looked” at me. I parked my vehicle – by this time she was in your driveway, and barking wildly at me a seemed very upset – and tried to catch her to no avail. It started to pour and I went inside as she continued to bark at traffic from your yard.

As I approached the house I fully expected to see Lucy on the front porch, soaking wet, cowering at the front door as soon as she heard the sound of my truck coming up the road. When I got in the driveway there was nothing, no Lucy anywhere to be found. The steady rain turned to drizzle on a warm, windless, dark night. We checked in the back yard and in the house and in the shop and office to see if anyone had caught her and put her inside.

We found the back door was open which we had made sure we shut tight before we left, leaving Eddie and Red outside and Lucy inside as usual.  Lucy apparently has trained Eddie to use his head as a battering ram to open all doors without deadbolts.

After scouring every inch of our property she was no where in sight and this was a first time for her in the 12 years that she has been in our lives.

Flash lights in hand, off into the now rainless, dark, eerily silent night we went searching for Lucy.

First stop was the neighbor who reported her, only to hear the story as before with one unnerving addendum:  “a white SUV has been slowing and stopping by Lucy for quite some time. That’s all!”

Across the street we went to a neighbor that is also a steward of a human/yorkie relationship.

He reported seeing, well actually hearing first then seeing her as she was telling everyone who would listen or look, “ This is my yard, I’m in charge and you are being warned”!!

Once he realized we could not find her, he immediately began the call that would echo throughout the silent night, arousing the voice of every dog within miles, except Lucy’s,

Luuuucccy! Awaking every canine ear, within ear shot, and receiving their call back, bark,bark bark….bark, bark, bark, followed by house lights being turned as the humans arose to see who in their right mind was breaking the silence of this night with Luuuucccyyyyy!

As I walked all the north south roads on either side of my house, then the east west roads, I could not stop my mind from wondering!!!

Wondering, Is she sitting in someones home, waiting for daybreak?

Wondering, Did Coyotes get her, as I know other pets in the neighborhood have gone?

Wondering, Did she get hit by a car and if so is she gone or injured?

Wondering, Did someone take her for their own?

This liturgy of wondering would play out in my mind throughout the night as I walked the streets. Luuuuuuccccyyyyyyy! Louder this time, caring more about getting a response from her than waking all of Jamestown. I knocked on every house door that had a light and white SUV! Explaining who I was, where I lived and who Luuuuuccccyyyy was.

After covering as much area as I could, exhausted more from the not knowing rather than lack of sleep, I went home and swapped assignments with Katleen. She went out with Eddie and I stayed home worrying where Lucy might be or more accurate what her fate might be. I know Lucy has lived a full life, I just was not ready to say goodbye just yet.

I posted notices on FB, sent out requests for animal communicator friends I know, alerted the dog rescue people on the Island.

Still after 4 hours of search and six hours of escape nothing.  I know that might not sound like much but a six pound Yorkie who has been by our side always it was eternity.

Katleen and I made our beds on the couch with all the windows open, listening for even the slightest “Peep”.

Katleen seemed to be much more at ease than I. She said she did not have any feeling of worry and that brought me a little hope.

I looked and Red and Ed and they did not seem upset either…a little more hope.

I asked myself one key question that changed everything within me.

What do I know?

Then I admitted to myself that I Do Not Know and allowed myself to HOPE.

Not the Hope that emits from to a state of hopelessness.

I began to Hope from the solid platform of Ignorance.

I don’t know so HOPE

I began to be Hopeful that Lucy was on her way home.

Excited that she was happily coming home.

A breath of fresh air filled my chest as if I had just eaten a Peppermint Patty and off to sleep I went.

Before I fell asleep I asked Brenda Lee to communicate with me where Lucccyyyy was.

Brenda Lee told me to go to sleep, she will send her home. 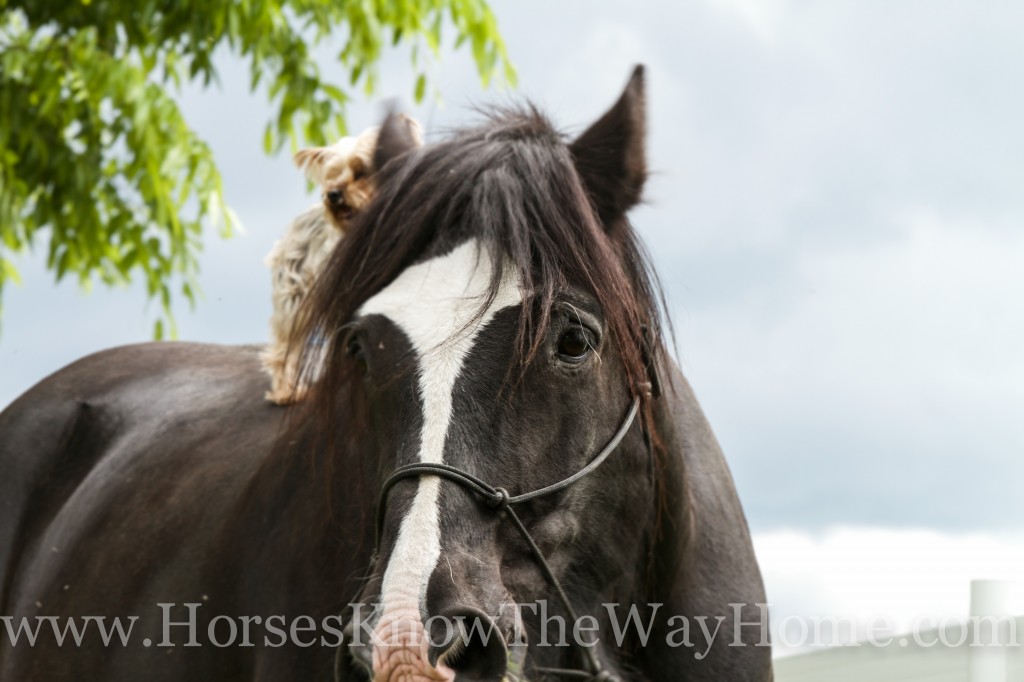 Within ten minutes I was snoring

Within 15 minutes Eddie and Red were up and at the door aroused by something.

I got up, went out, to nothing and gave one last Luuuuuccccyyyy!!! into the echoed night.

Was the only sound I heard from the back door, and there she was, healthy, dry and glad to be home.

Was she where I had let my mind go…No!

She was outside of my thoughts, In the Sky with Diamonds where Hopes and Dreams are.

I just Hope when it is her time to go I can offer the Diamonds that Hope offers us all when we don’t know!!!

Dear Friends: Thank you all for your Hopes and prayers, they were Diamonds in the Sky as we went through this.

Get a FREE download of our e-booklet about the first 3 HKTWH Principles to MOVE you, receive a weekly inspirational story to create MOMENTUM, be the first to receive information about new products and events that will CHANGE YOUR LIFE!

Are you stuck, blocked, frustrated, confused, tired, or just plain out of gas?

Before you do another thing, or think another thought, read this article.
If you want to “get going”, “make your move”, or simply, “make that change”, I want you to first answer one question.

How much HP do you have?

What is your “HP” you ask?
It is not your HorsePower, though this HP will definitely give you some.

Horse Power by definition is the energy needed to move a certain amount of matter of a certain distance over a certain time.

OR the energy needed to get from where you are to where you want to be in a timeframe that matters,

OR the energy needed to move what matters to you or you toward what matters in a timeframe that works for you.

Horse Power is the energy to Move Towards….anything your heart desires… but one thing must come first. 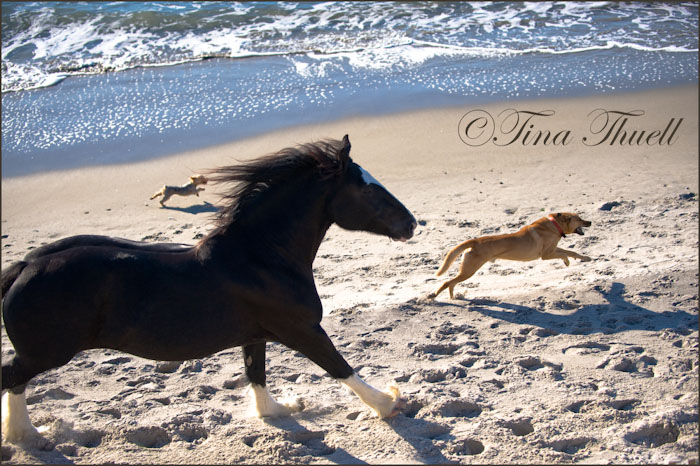 There is an axiom that I heard quoted from Ray Hunt ( an old school natural horse man, before the words natural and horse man were put together), that goes like this:

And it is here that I want you to use your HP.

I want to you to think, really think, break out a paper and pencil and engage your mind and your heart and your intuition, and create the energy that will precede you next, your towards.

I want you to give yourself permission to use your HP first and foremost before you do anything else.

I want you to HOPE.

I want you to give yourself permission to hope first, hope during and hope more when you’re done.

I want you to be full of hope.

I want you to engage your HP - Hope Power- and wish for nexts that are not limited by previouses.

Let your hope fill your chest with loving hopeful expansion and feel the truth of Superman’s S on his chest.

In the latest Superman movie, while Lois Lane is interrogating Superman she asks what the “S” stands for.

Superman says : What S?
Lois: The S on your chest
Superman: This is not an “S”, on the planet Krypton, this is the symbol for HOPE

Because what made superman super is that he hoped against hope. When all hope was lost Superman still had hope, still gave us hope.

Find your Superman, superwoman, superperson inside you.

Then think, plan and act toward with HP and watch yourself break free, break through, break out of the horseshit that you have been letting keep you from moving toward what matters

Harness your HP *Hope Power*, release your HP *HorsePower* and start moving toward what matters, over a distance, and a time frame, not bound by your past.

Connect with YOUR Inner HorsePower and learn to engage and release IT* Toward what matters.

*IT = your Inner Truth