The day broke cold and windy.  We huddled in the truck as we drove to the beach.  Unloading the horses, we were all cast in silhouette against the breaking-day sky.  The moon was setting in the west.  In between the moon and the lightening sky over the ocean, a cascade of stars blanketed the sky.  i usually get out the door earliest by 6:30; here we were standing in the sand already, headed for the sunrise.

From the beginning, i was not surprised.  Cynthia had chosen me as one of five special beings in her life.  Ten years ago i would have reacted: surprise, glee, “Who, me?”  But the invitation summoned in me only gratitude and a big yes, of course.  Of course i would join the sunrise-with-horses-on-the-beach party.  Of course i would sit with my friends in the truck.  Of course we would walk from dawn through sunrise and back again with the waves of the Atlantic pulsing, welcoming Cynthia into the second half of her life, her second birth in this lifetime. We would all be present for her rebirth.

Most of us have experienced a sunrise or two in our lives.  Some of us make a ritual of rising with the sun.  For me, sunrise takes a little more effort.  Plus, if you blink, you might miss the moment when colors coagulate into form – the peek of the sun itself.  We made our way over the dune to East Beach and just started walking.  We didn’t need to say much.  It felt ordinary, because we are all relaxed with each other, the horses included.  No unnecessary chatter or giggles or moodiness.  We were five friends with two equine companions simply walking into an ever-graphic sky.  And how beautiful and magical the moment when darkness began to organize itself into color; and then color began to organize itself into shape.  i was tempted to photograph the appearance of the sun itself but then didn’t.  I wanted to feel the moment in my body, to feel the gift of the sun on my face, to watch Cynthia and Brenda Lee together materialize with the light, to move from silhouette to vivid detail. 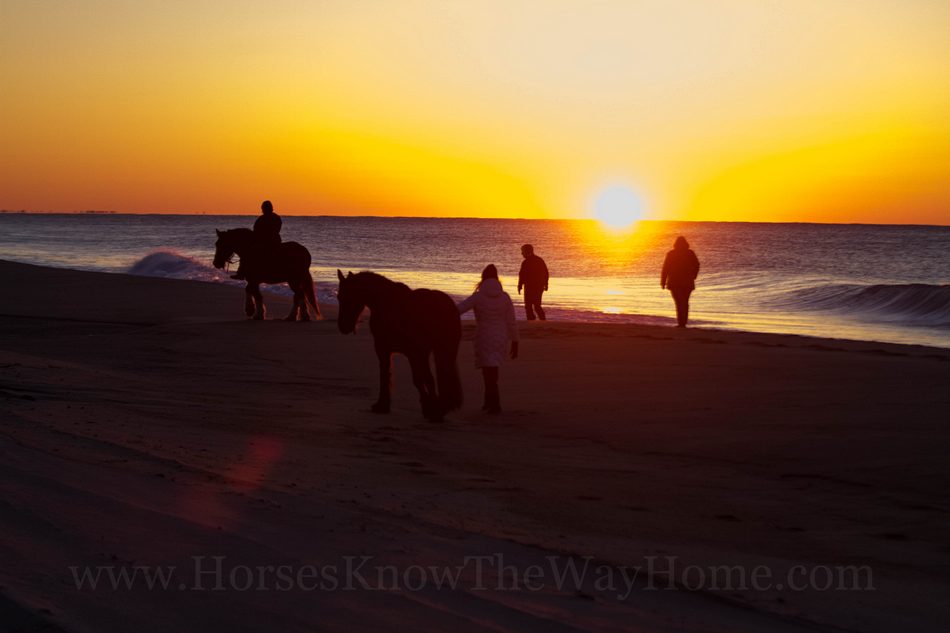 The horses were untethered for most of the walk; we were connected and trusted that we would stay together as a team.  And we did.  Our party stretched several hundred yards at times, and yet we remained connected.  I felt Maisie leaning down for her shells; i felt Katleen behind me with the camera; i felt Cynthia riding Brenda Lee way ahead; and when Kylian dropped and rolled in the sand like a puppy, i felt his pure and ordinary joy.  And giant Brian, the magician who had orchestrated this party: i felt him floating along the edge of the receding waves as he simply allowed his vision to manifest.

My father asked me, “Have you ever occupied the space between dawn and sunrise?”   He meant this figuratively, i believe.  i have thought a lot about his question in the months since he’s been gone (but not gone, too).  My father was articulating the vividness i found that morning watching my friend in the sun.  To lead a vivid life is to live an extraordinary life.  A life of heightened awareness – strong sensory perception, intuition, connectedness with others – is an extraordinary life.  And yet…..  And yet living in this way, where all of life becomes magical, is perfectly ordinary.   If we relegate a life of feeling and heightened awareness to something we call extraordinary, it may remain outside our reach.  We may believe that it exists beyond the present moment, accessible only to people who we feel to be more beautiful, more wealthy, more fortunate than we believe ourselves to be.  What a shame that would be.

There is nothing more natural or accessible than happiness and joy; a mindful life is right now, waiting for us to wake up to it.

In walking the beach toward Cynthia’s rebirth, I was reminded that in Buddhist tradition, we choose to live with a joyful, natural approach to life, called the Great Eastern Rising Sun. 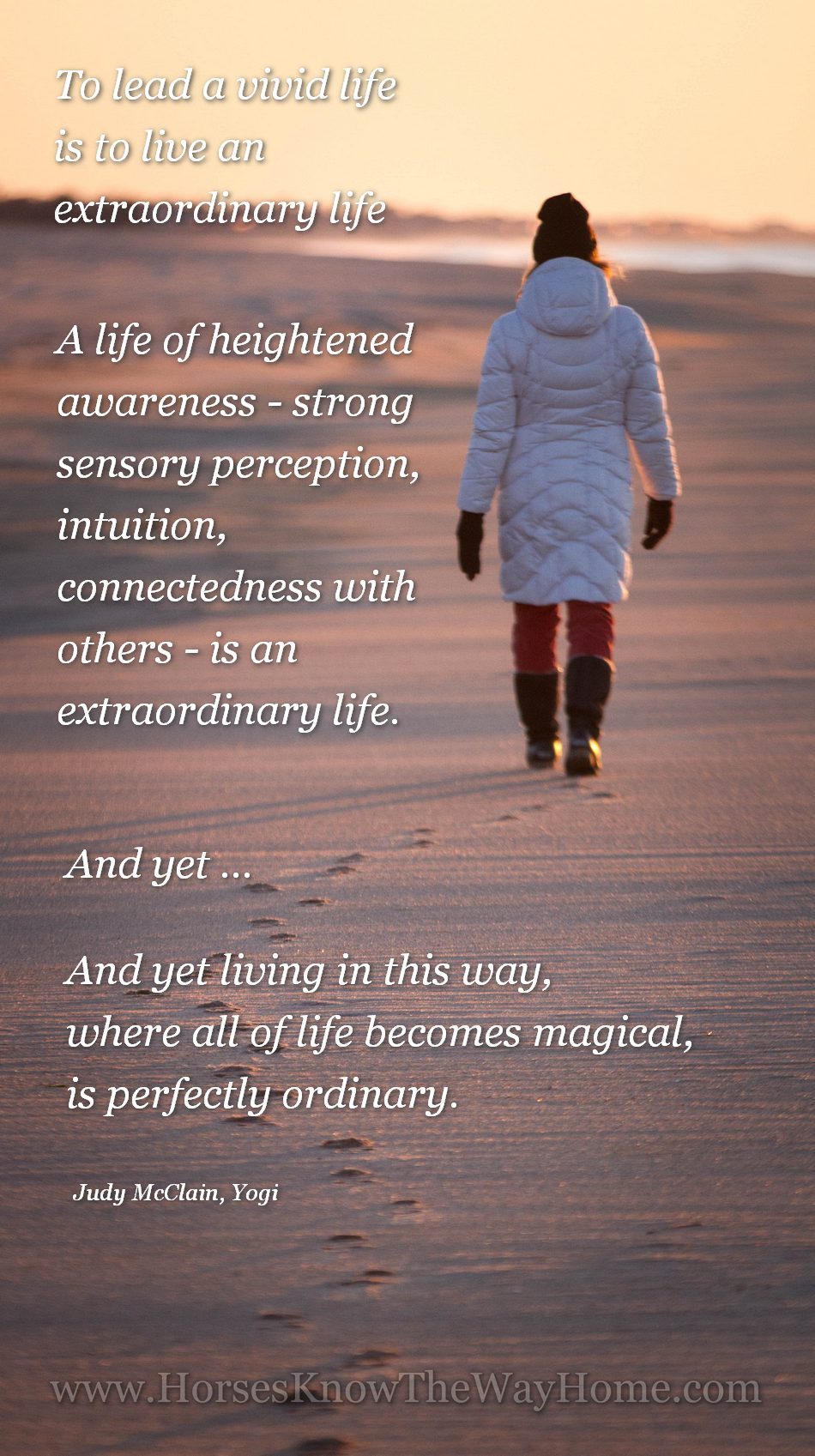 As we led the horses off the beach, we saw a man in a wet suit diving again and again in the shallow waves.  He held a camera; he was photographing the curl of the wave from underwater. He had seen us but would not be drawn away from his work. He felt no need to wave, to speak, or to stare.

We were all experiencing, feeling the morning together.

Share it now!
« The Fabulous Five
Home Sweet Home … and Beyond »

One thought on “The Great Eastern Sun”